JEDDAH — Three famous executive Czech chefs are currently showcasing their talent at the second Czech food festival that kicked off on Sunday at the Jeddah Intercontinental Hotel.

The Honorary Consul of the Czech Republic, Hussein Shobokshi, along with Salem Al-Shahrani, general manager of intercontinental Jeddah, officially inaugurated the festival, which continues till April 10.

Shobokshi said: “Our large efforts have resulted in a strong cultural, economic and social relationship between the Kingdom of Saudi Arabia and Czech Republic. “We have the pleasure this year of welcoming a very special team from the Czech Republic. “This team comes to us from the Crown Plaza Hotel of Prague. “The one-week food festival was to introduce the Czech cuisine to the Saudi public and guests. “The tastes of Czech Republic are influenced by Austrian, German and Hungarian cuisines.” 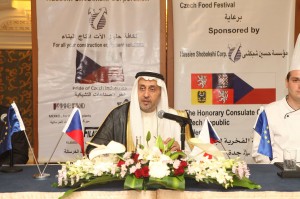 According to him, different cuisines from different parts of the Czech Republic will be prepared every day during the festival so guests can enjoy the richness of the country’s food. Roasted beef with cream sauce, spinach, potato dumplings, and roasted duck were among the main dishes at the festival.

“We are presenting the Czech cuisine to Saudis and multinational people living in Jeddah. This food fest will improve the knowledge and awareness of the country and will raise curiosity to visit the country or invest in the country and build a network with people from there.”

He announced a cultural week that had been organized with the Czech Consulate would be held soon.

The cultural program includes musical performances by Czech performers, a display of crystal making, an exhibition of precious stones produced and mined in the country, readings of famous Czech authors and screenings of art cinema.

Jiri Schwarz, executive chef of the Crowne Plaza in Prague, said: “Today we prepared some of the traditional dishes of Czech Republic. “These cuisines have been very famous for decades like Czech spinach, Czech chicken etc.”

Yanpohta, who is also a chef, said: “Czech food is somewhat similar to Saudi dishes and is easily prepared. “I prepared this traditional potato salad with onion, potatoes, carrots and mayonnaise that is very famous in Czech and all ingredients are available here, only the method is different.” Czech food festival kicks off in Jeddah 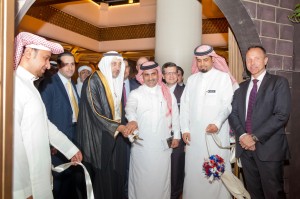 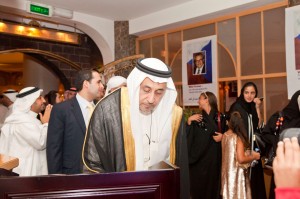 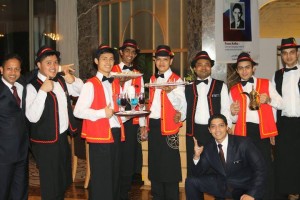 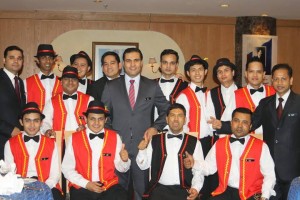