PRAGUE — The recently concluded Czech-Saudi Business Forum in the beautiful city of Prague, capital of the Czech Republic, was an astounding success.

The Forum under the auspice of the Czech government and represented by the Czech Ministries of Industry and Trade, Foreign Affairs and Health, in addition to the Departments of Tourism and Investment.

Important diplomats attended the Forum, which included the Ambassador of the Kingdom of Saudi Arabia to the Czech Republic, as well as the Ambassador of the Czech Republic to the Kingdom of Saudi Arabia.  Other 400 attendees came from different regions of the Czech Republic, some from neighboring countries, in addition to a number of distinctive businessmen and women from Saudi Arabia who specifically came to attend the event. The Forum has greatly enhanced the growing economic ties between the two countries which was organized by the Prague-based Shobokshi Investment, headed by Hussein Shobokshi, who is also the Honorary Consul of the Czech Republic in the Kingdom of Saudi Arabia.  In addition, he is the founder and Chairman of the Czech-Saudi Chamber of Commerce, which was one of the sponsors of the Forum.The main focus of the Forum was to develop economic relations between the private sectors of both the countries. Most important and prominent attendees in the event were the Czech Deputy Minister of Industry and Trade, Czech Deputy Minister of Health, Chairman of Linet Group, and Vice President of Skoda Company for Transportation.  Representatives from the Saudi business community included Kamal Shukri from Hussein Shukri law firm; Tariq Alqasabi of Dallah Healthcare; Basil Al Ghalayini of BMG Financial Group; Ahmed Reda of Ernst & Young Saudi Arabia; Maher Jamal, Head of the Makkah Chamber of Commerce & Industry and Dr. Nadia Baeshen, Dean of CBA.     At the end of the Forum, important agreements were reached in the field of tourism and health, two funds for real estate investment were launched and four joint ventures were established.The Forum took place at the famous Zofin Palace, one of the most important historic landmarks in the city of Prague. Shobokshi Investment plans to make the Forum  a yearly event. 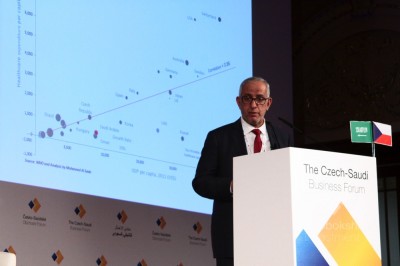 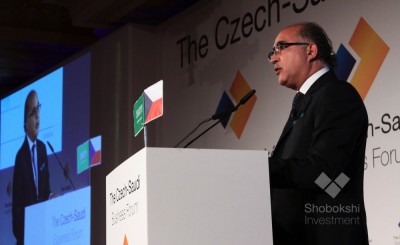