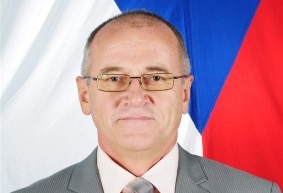 Mr Jiří Slavík is Ambassador Extraordinary and Plenipotentiary of the Czech Republic in the Kingdom of Saudi Arabia, accredited also for the Kingdom of Bahrain and the Sultanate of Oman. Before his arrival to Riyadh in May 2014, he worked as Deputy Director of the Middle East and North Africa Department at the Ministry of Foreign Affairs. Since his admission at the MFA in 1999, he was posted five years as Counselor at the Czech Embassy in Rome where he was in charge of the EU agenda and co-operation with Malta. Then he worked two years as Head of the Humanitarian Unit at the MFA. Between 2007-2011, he was posted at the Czech Embassy in Cairo as Deputy Chief of Mission, than he was Head of Mission in the period of seven months when a “lotus revolution” began in Egypt.